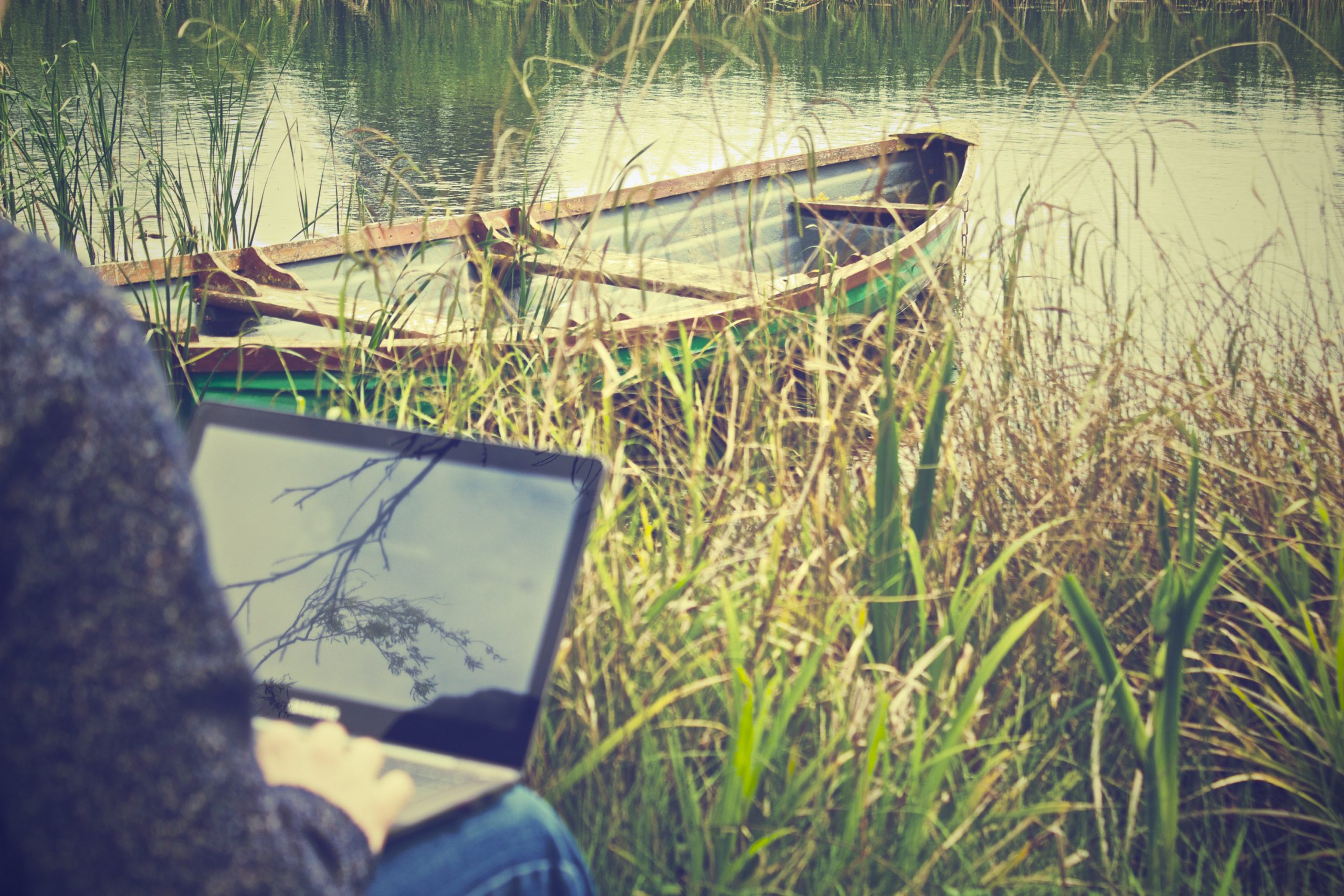 Most people, myself included, initially think of retirement and financial freedom as a time when you completely stop working and just do whatever you want. Empty days stretch ahead of you to be filled with things that supposedly fill you with joy. Holidays, reading the paper, gardening, holidays. I love golf but it takes so long, and with a busy job and a family it’s difficult to find the time. But in retirement? In retirement I’ll basically be doing nothing so I can play golf many times a week! What happens though if you stop everything? What happens if you actually carry on earning some income? In this article though we will be looking at the power of earning some income in you retirement. In particular we’ll focus on the earlier years.

Even for people retiring at the statutury pension age it’s rarely the case they end up “just doing nothing”. And when you consider someone like me (and you?) that wants to retire early it becomes even less realistic.

Assuming I retire at 51 years old in ten years, that means I’ll have worked 30 years. Assuming I live to 80, I’ll live another 30 years. That’s thirty years of doing almost nothing? Well nothing productive anyway, unless you include finally beating Oscar Ferris-Farquehasen in a game of golf after investing thousands of hours into practice*.

* FYI I do consider it a success and a valuable use of time to gain some personal pride by beating a fictional middle/upper class character that I just made up. The Ferris-Farquehasen’s think that they’re better than everyone else. I showed them.

Work is not the problem

Happiness is not in the mere possession of money; it lies in the joy of achievement, in the thrill of creative effort.

Those that are aiming for early financial freedom quickly realise that this mindset almost certainly won’t work. Or at best it will make it a lot harder to achieve the financial freedom they are aiming for. For many people it might not even be desirable if they retire at 67. And certainly, every year earlier you retire the thought of just doing nothing is less realistic.

Work in and of itself is not the problem. Most of us gain satisfaction from a job well done, or from helping solve some problem. The problem is work that is all time consuming and sucks us away from what we want to do. The problem is when we realise we will be working for thirty years of drudgery, for the reward of a decade of fun in the twilight of our life.

There are plenty of things I’d love to do to make a living more than my current job (which I don’t dislike by the way). But they can’t pay the mortgage now, or feed my wife and three kids. For me financial independence is about being able to satisfy my families needs, but on our terms.

The power of bringing in even a small amount of income in retirement.

In this post we will walk through the financial implication of earning some money in early retirement. I’ll show the huge impact that bringing in some income in retirement will have on your ability to achieve financial freedom. We will also see the benefit of using those early years of retirement as an opportunity to have a shift in lifestyle, but not to the extent that you plunder your hard earned investments.

The choice for me became clear as I looked deeper into my retirement financial forecasts. Do I either:

The main thing to take away from this is not so much the exact monetary numbers, We all have different expectations from retirement. But rather the huge difference even having a small bit of extra money coming in can have on your plans.

As I developed my plans for retirement it quickly became clear my financial requirements would be very different over four key periods of time. It’s likely you will have a similar pattern in you life,

Let’s look at three different scenarios to show the options available in retirement.

To keep it simple I will look at just 3 different scenarios ranging from completely stopping work at 51, to earning about £30k as a couple in the first few years.

Theses are the main assumptions I’ve made that are used in all of the options unless otherwise stated.

Let’s start with the scenario that when I reach the age of 51 my wife and I both stop earning money. Completely. In order to do this we would need to have £451k in our investments by the age of 51, which means a total saving of £801k (including the pension of £350k).

The equity chart shows that from this peak of £801k it drops to £703k by the age of 57, before falling further to £518k by 67, and then stabilising. Basically every year until we start to get our statutory pension and defined contribution pension we are gradually eroding our equity. By the time we fully retire at 67 we’ll have used 35% of our equity to fund our lifestyle.

The positive of this is of course we would never have to work again! Indeed even if we planned to do some work it would give us more financial freedom as we would not be forced to.

But £801k is a lot to save. What if we felt that was out of our reach? What about if we didn’t stop working completely at 51? What would we need then?

The lowdown on scenario 1:

In this scenario I assume that we actually carry on doing some work when we first retire at 51. Let’s firstly assume my wife wants to carry on working in her freelance job until the age of 57 and earns £20k a year. This is not a bad assumption as she enjoys her work, and it is very flexible so would still fit around a ‘slow down’ lifestyle. Let’s also assume I’ve managed build up some side business that can enjoy and earn £10k a year from until I’m 67. This also doesn’t seem unreasonable, I’ve got ten years to work out what that might be.

So how much would we need to have saved up by 51 to get to the same equity as the last scenario when we are 68?

In order to do this we would need to have £229k in our investments by the age of 51, which means a total of £579k (including the pension of £350k). In other words, we’d need £222k less saved than if we stopped working completely.

What’s really useful to note from the top of the chart is how despite not adding to our pension or investments, our net worth increases from the age of 51-57. This highlights one of the first key benefits of earning in early retirement. By limiting the amount you draw down from your investments, you can actually keep on growing your asset base even if you aren’t contributing to it.

The problem with both of these scenarios though are they assume nothing goes wrong. What if there is global clash and our investments plummet? What if we can’t both keep on working in retirement, but haven’t built up a big enough pot as we thought we could?

It’s always good to build a buffer for these eventualities. We can’t predict with 100% certainty what will happen tomorrow, let alone in 15 or 20 years time. That is a topic for another time though.

The lowdown on scenario 2:

You could argue £30k is still a lot to earn each year in retirement and not exactly slowing down. So why don’t we see what happens if we just earned £10k a year from the age of 51-67. And to make it easy to compare we’ll assume our starting point i the same as scenario 1 (£801k)

You people are all clever, you can work out I’ll get at least £160k extra (10k x 16 years). However the impact is even greater than that. By the age of 67 we would have just £48k less than we started with, this is £235k better than if we had not earned anything (scenario 1 was £283k lower at this point). The pensions & investments chart show that our total investments are only slightly reducing each year.

But then, even when we stop earning at 67 we keep on benefiting! Rather than our equity remaining static as in the first scenario, it actually increased by another £171k to reach £926k by the age of 80. So those 16 years of pulling in a small income of £10k would result in our net worth being £408k higher by the age of 80!?! This is the power of earning in early retirement perfectly distilled, the compound growth multiplies the effort you put in.

The lowdown on scenario 3:

The power of earning in retirement!

Wow! That is a big impact from just £10k a year. And imagine if you could actually be earning that £10k doing something you really enjoy. The chart below shows how the gap of investments gets larger and larger each year.

Whether or not you want to just completely stop working when you gain financial freedom is of course up to you. There is no right or wrong answer. One thing is for sure though, if you are both willing and able to keep on earning in the early years of retirement then your investments will work much harder for you.

Understanding the power of earning income has certainly changed my perspective. I’m now pretty sure I’ll be looking to earn money in some capacity when I slow down. What about you? What do you think your life will look like when you retire?

Any information provided is not personal advice. You are responsible for your investment decisions and all tools provided are for illustrative purposes only. If you’re not sure whether an investment is right for you, contact a financial adviser. All investments can fall as well as rise in value, so you could get back less than you put in. Please remember, past performance is not a guide to future returns and that income is variable, not guaranteed.

Recommended posts about "How much do I need to save to retire to early?"

The power of earning income when you have financial freedom 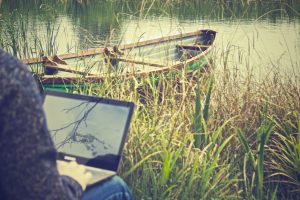 Most people, myself included, initially think of retirement and financial freedom as a time when you completely stop working and just do whatever you want. Empty days stretch ahead of you to be filled with things that supposedly fill you with joy. Holidays, reading the paper, gardening, holidays. I love golf but it takes so … Read more

Keep on target by knowing what you want from retirement 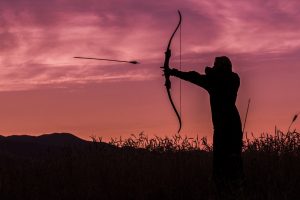 One of the things that makes planning for retirement difficult is that it is so far away. I’m trying to accelerate my retirement to be in 10 years rather than 27, but even then ten years is a long way off. Most people don’t even budget for something happening next month, let alone decades away! … Read more

1. Know why you want financial independence

2. Know how much money you really need to have financial independence

3. Learn how to save more money

4. Learn how to make your savings grow

5. Learn how to keep on track

Or connect with me at these places

Get free access to tools that will help you retire early and live a life of financial freedom.